Congratulations to Dallas Independent School District’s Woodrow Wilson High School for winning an Achievement award from Preservation Dallas!  The award will be presented at the 14th Annual Preservation Dallas Achievement Awards ceremony on May 15th at the new Dallas City Performance Hall.  Click here for more information about the awards and ceremony and to order tickets.  View a PDF of the photos used in the presentation here.

Dallas Independent School District’s Woodrow Wilson High School opened for the 2013 spring semester with a new addition and a fresh renovation.  Although the official grand opening will not occur until April, we thought we might share a few sneak peak pictures.  We’ll be sure to give you the full photo tour once the grass greens up! 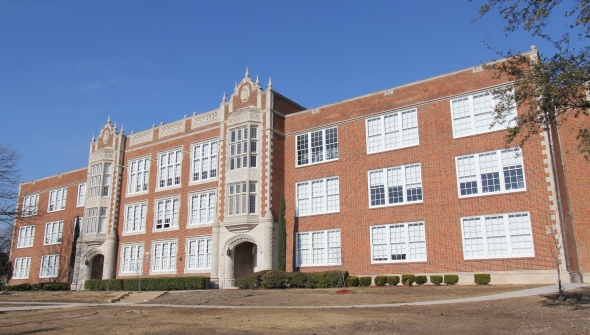 PRINCIPAL FOR A DAY

I was recently honored to serve as Principal for a Day at Raul Quintanilla Sr. Middle School.  Principal for a Day is a Dallas Independent School District project that brings community leaders into schools across the district.  It was truly inspirational to witness firsthand, the dedication and professionalism of the faculty and staff.  After morning announcements, I observed a student success team meeting.  All of a student’s teachers team with a counselor to ensure a focused and coordinated team approach to coaching the student through their academic challenges. It is a method that seems sure to lead the way to student success.  In visiting several classrooms, I saw passionate, talented teachers and engaged students.  I may have only been a principal for one day but in that I felt privileged to witness just a small part of the day to day for several teachers and administrators within the Dallas Independent School District.

Teachers hard at work planning their team’s daily learning objectives for the next six weeks. 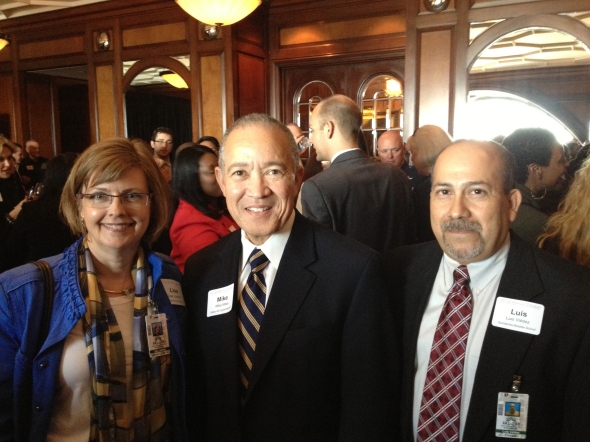 GROUND HAS BEEN BROKEN!

Construction for Thelma Elizabeth Page Richardson Elementary School officially began with the groundbreaking ceremony held Thursday, May 31st.   The ceremony was held indoors at neighboring San Jacinto Elementary School‘s auditorium because of muddy site conditions caused by two days of rain.  That, however, didn’t temper the celebratory spirit of attendees, including elementary school children, school district representatives, a former student of Ms. Thelma Richardson and construction team members from filling the space with the anticipation of welcoming a bright, modern facility into the neighborhood. 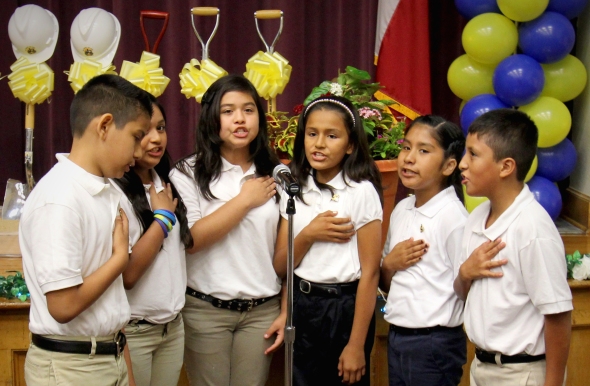 The ceremony began with a welcome and Pledge of Allegiance from Nathaniel Hawthorne Elementary School students.  The San Jacinto Elementary School Choir performed for the crowd.  Anecdotes and remembrances were shared by Deardra Hayes-Whigham, senior Executive Director of the South Central Elementary Learning Community, Bernadette Nutall, DISD Trustee – District 9, Shirley Ison-Newsome, Interim Division Executive, Rita Cloman, and Marian Willard, Principal of James Madison High School and former student of Thelma Richardson.  Ed Levine, Executive Director of Construction Services for DISD then described highlights of the new facility.  The symbolic earth-shoveling followed on the auditorium stage, with a long trough of sand substituting for the mud on the construction site. Special guests and the construction team members, as well as, many of the children took the opportunity to lend a hand in breaking ground for Thelma Elizabeth Page Richardson Elementary School.